Biography: Mohamed-Slim Alouini was born in Tunis, Tunisia. He received the Ph.D. degree in Electrical Engineering from the Califonia Institute of Technology (Caltech) in 1998. He served as a faculty member at the University of Minnesota then in the Texas A&M University at Qatar before joining in 2009 the King Abdullah University of Science and Technology (KAUST) where he is now a Distinguished Professor of Electrical and Computer Engineering. Prof. Alouini is a Fellow of the IEEE and of Optica (formerly OSA). He is currently particularly interested in addressing the technical challenges associated with the uneven distribution, access to, and use of information and communication technologies in far-flung, rural, low-density populations, low-income, and/or hard-to-reach areas.

Abstract: A rapid increase in the use of wireless services over the last few decades has led to the problem of radio-frequency (RF) spectrum exhaustion. More specifically, due to this RF spectrum scarcity, additional RF bandwidth allocation, as utilized in the recent past over "traditional bands", is not anymore enough to fulfill the demand for more wireless applications and higher data rates. The talk goes first over the potential offered by extreme band communication (XB-Com) systems to relieve spectrum scarcity.  Indeed, mm-wave, THz, and free space optics broadband wireless systems recently attracted several research interests worldwide due to the progress in electronics and photonics technologies. By utilizing these extreme frequency bands and employing extreme large bandwidths, the 6G target data rates over 100 Gbps could be achieved. The talk then summarizes some of the challenges that need to be surpassed before such kinds of systems can be deployed. For instance, it explains how the THz transmission band has immunity against the fog compared with the optical one, while being affected by the rain as it is the case for the mm-wave band. Finally, the talk offers an overview of some recent studies illustrating how these different XB-Com technologies can collaborate to increase emerging and future networks' reliability and coverage while maintaining their high capacity. 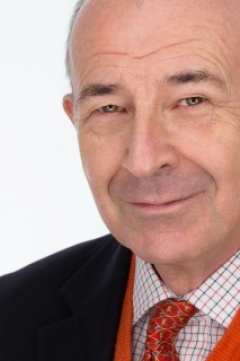 Title of Talk: The Massive Access Problem of the IoT 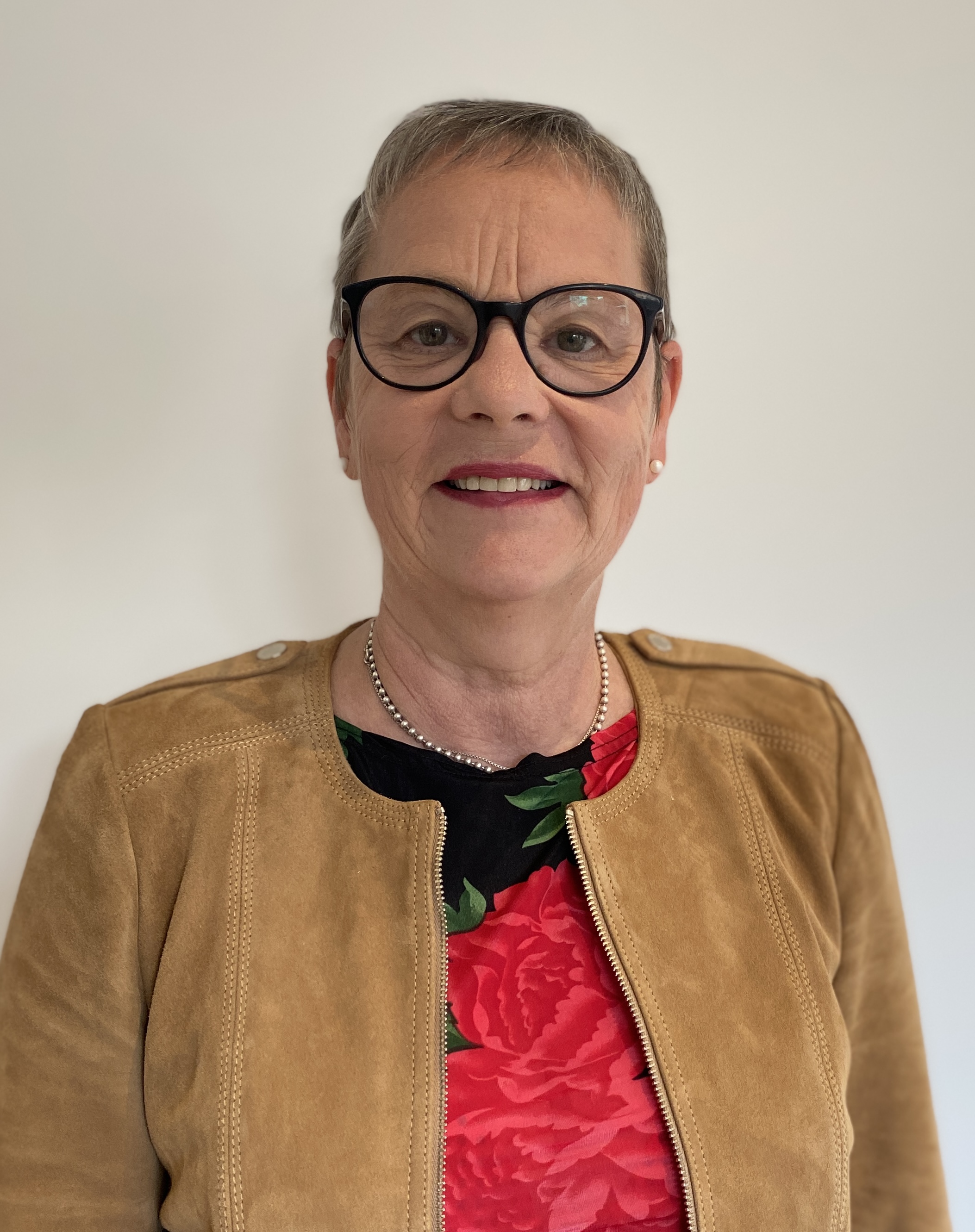 Biography: Maryline Chetto is currently a full professor in computer engineering with Nantes Université, France and researcher with CNRS. She received the degree of Docteur de 3ème cycle in control engineering and the degree of Habilitée à Diriger des Recherches in Computer Science from the University of Nantes, France, in 1984 and 1993, respectively. From 1984 to 1985, she held the position of Assistant professor of Computer Science at the University of Rennes, while her research was with the Institut de Recherche en Informatique et Systèmes Aléatoires (IRISA), Rennes. In 1986, she returned to Nantes and has been from 2002 a full professor with the University of Nantes. She is conducting her research at Laboratoire des Sciences du Numérique de Nantes (LS2N, UMR CNRS n° 6004) in the Real Time System group.

Her research has been focused on development and formal validation of solutions regarding Scheduling, Fault-tolerance and Dynamic Power Management in real time embedded applications. Her current research is specifically targeting real-time scheduling issues in energy neutral sensors. She has more than 150 papers published in international journals and conferences. She was the editor of the books Real-time Systems Scheduling (Elsevier, 2014) with volume 1 Fundamentals and Volume 2 Focusses. She was the co-author of the book Energy Autonomy of real-time systems (Elsevier, 2016). She was general chair of the 2020 IEEE International Conference on Green Computing and Communications (GreenCom-2020). Since 2011, she was elected member of the French National Council for Universities.

Abstract: With the rapid development of the Internet of Things, energy autonomous systems have been in the focus of researchers in recent years. Such systems, mainly including wireless sensors, should be designed to function perpetually without any human intervention because either costly or impractical. Energy harvesting has emerged as a feasible option to supply wireless sensors and to permit them energy neutral operation. Nonetheless, the energy environmental source is fluctuating and not controllable. Hence, specific power management and scheduling solutions have to be conceived so as to prevent energy starvation and guarantee real-time responsiveness. Task scheduling in the sensor node should take into account not only the timing parameters of the deadline constrained tasks but also the characteristics of the energy source and the capacity of the energy storage unit. Neither the classical greedy scheduler Earliest Deadline First (EDF) nor Rate Monotonic (RM) are suitable for this novel operational context. This keynote addresses state of the art as well as our findings in real-time scheduling and dynamic processor management for energy harvesting small electronic devices with real-time requirements. 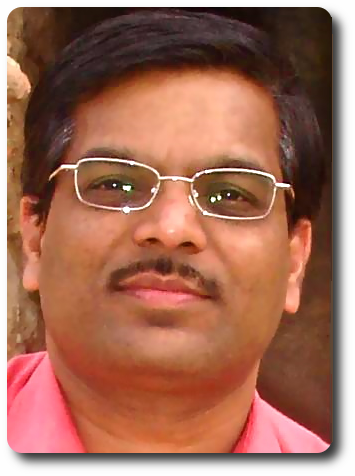 Title of Talk: Neoteric Frontiers in Cloud, Edge, and Quantum Computing
Abstract: Computing is being transformed to a model consisting of services that are delivered in a manner similar to utilities such as water, electricity, gas, and telephony. In such a model, users access services based on their requirements without regard to where the services are hosted or how they are delivered. Cloud computing paradigm has turned this vision of "computing utilities" into a reality. It offers infrastructure, platform, and software as services, which are made available to consumers as subscription-oriented services. Cloud application platforms need to offer (1) APIs and tools for rapid creation of elastic applications and (2) a runtime system for deployment of applications on geographically distributed Data Centre infrastructures (with Quantum computing nodes) in a seamless manner.

The Internet of Things (IoT) paradigm enables seamless integration of cyber-and-physical worlds and opening opportunities for creating new class of applications for domains such as smart cities, smart robotics, and smart healthcare. The emerging Fog/Edge computing paradigms support latency sensitive/real-time IoT applications with a seamless integration of network-wide resources all the way from edge to the Cloud.

Biography: Dr. Rajkumar Buyya is a Redmond Barry Distinguished Professor and Director of the Cloud Computing and Distributed Systems (CLOUDS) Laboratory at the University of Melbourne, Australia. He is also serving as the founding CEO of Manjrasoft, a spin-off company of the University, commercializing its innovations in Cloud Computing. He has authored over 850 publications and seven textbooks including "Mastering Cloud Computing" published by McGraw Hill, China Machine Press, and Morgan Kaufmann for Indian, Chinese and international markets respectively. Dr. Buyya is one of the highly cited authors in computer science and software engineering worldwide (h-index=155, g-index=341, and 126,900+ citations).  Dr. Buyya is recognised as Web of Science “Highly Cited Researcher” for six consecutive years since 2016, IEEE Fellow, and Scopus Researcher of the Year 2017 with Excellence in Innovative Research Award by Elsevier. He has been recognised as the "Best of the World" twice for research fields (in Computing Systems in 2019 and Software Systems in 2021) as well as "Lifetime Achiever" and "Superstar of Research" in "Engineering and Computer Science" discipline twice (2019 and 2021) by the Australian Research Review. Recently, he received "Research Innovation Award" from IEEE Technical Committee on Services Computing and "Research Impact Award" from IEEE Technical Committee on Cloud Computing.

Software technologies for Grid, Cloud, and Fog computing developed under Dr. Buyya's leadership have gained rapid acceptance and are in use at several academic institutions and commercial enterprises in 50+ countries around the world. Manjrasoft's Aneka Cloud technology developed under his leadership has received "Frost New Product Innovation Award". He served as founding Editor-in-Chief of the IEEE Transactions on Cloud Computing. He is currently serving as Editor-in-Chief of Software: Practice and Experience, a long-standing journal in the field established 50+ years ago. For further information on Dr. Buyya, please visit his cyberhome: www.buyya.com 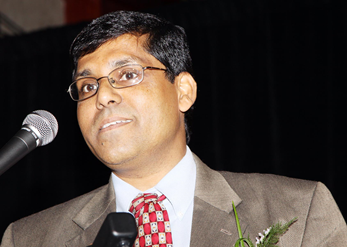 Title of Talk: From Smart Sensing to Smart Living in a Connected World

Dr. Das is a recipient of 12 Best Paper Awards at prestigious conferences, such as ACM MobiCom and IEEE PerCom, and numerous awards for teaching, mentoring and research including the IEEE Computer Society’s Technical Achievement Award for pioneering contributions to sensor networks, and University of Missouri System President’s Award for Sustained Career Excellence. He serves as the founding Editor-in-Chief of Elsevier’s Pervasive and Mobile Computing Journal, and as Associate Editor of the IEEE Transactions on Dependable and Secure Computing, IEEE Transactions on Mobile Computing, Journal of Parallel and Distributed Computing, and ACM Transactions on Sensor Networks. Dr. Das is a Distinguished Alumni of the Indian Institute of Science, Bangalore. He is an IEEE Fellow. 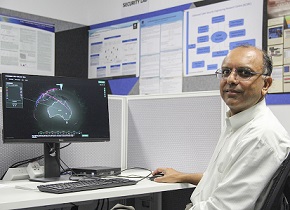 Title of Talk:  Security and Trust in Virtualized Infrastructures
Abstract: Virtualization as a technology has been around for many years, and it has much influenced security and trust in systems. In the recent years, virtualization technologies have been deployed in different infrastructures such as cloud, industrial control systems, 5G as well as nowadays in space systems. In this talk we will look at notions of security and trust in these virtualized infrastructures and how they have been used to develop secure and trustworthy services in distributed systems and cloud, edge computing as well as SDN/NFV and 5G infrastructures.
Biography: Vijay Varadharajan is the Global Innovation Chair in Cyber Security at the University of Newcastle. Previously, he was Microsoft Chair Professor in Innovation in Computing in Australia. Prior to this in Australia, he was Dean of School of Computing and IT at University of Western Sydney. Before coming to Australia, Vijay headed worldwide Secure Systems Research for Hewlett-Packard Labs based at the European Headquarters in Bristol, UK. Under his leadership at HP Labs, some 6 different security technologies were transferred into highly successful HP products. He also headed the Technical Security Strategy Initiative at HP under the Senior Vice President, USA. Before HP, Vijay was Research Manager at British Telecom Research Labs. U.K.

Vijay has been on several industry Boards such as the Trustworthy Computing Academic Advisory Board (Microsoft, USA), SAP International Security Advisory Board (SAP Corporation, Germany/USA) as well as at Hewlett-Packard. He has also been on several Government Advisory Committees such as the Australian Government's Peak Security Advisory Body, ITSEAG, for the Ministry of Broadband, Communications and Digital Economy, Australia, Prime Ministerial Cyber Security Task Force (CSTF), Strategic Research Priorities Committee, Office of the Chief Scientist of Australia, Australian Research Council (ARC) College of Experts and a member of the Australian Academy of Science National Committee on Information and Communication Systems.

Vijay has had several visiting professorial positions at different institutions over the years including Cambridge University, Microsoft Research Cambridge, National University of Singapore, French National Research Labs (INRIA), Indian Inst. of Technology, Fujitsu Research Labs, Edinburgh University, Adjunct at Oxford University and the Chinese Academy of Sciences. Vijay has also been a Senior Visiting Fellow with the Australian Academy of Science and the Indian Institute of Science. Vijay has also been Mercator Fellow by the German Research Foundation with the Technical University of Darmstadt.

Vijay attained his Ph.D in Computer and Communication Security from Plymouth and Exeter Universities in the UK in 1984, sponsored by British Telecom Research Labs. He obtained his Electronic Engineering First Class Hons degree from Sussex University, UK in 1981. https://www.newcastle.edu.au/profile/vijay-varadharajan#career

►►Zoom Meeting  Instructions
Conference Program (pdf)
In order to join a session, please login Zoom using your email address registered with EDAS (i.e. the email address you are normally using to log in to EDAS).
CSI'22 is organized as a hybrid event. This includes in-person gathering at the Digital University Kerala and online participation through the virtual platform. 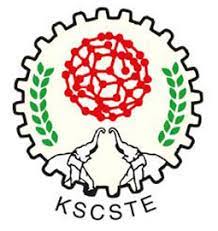